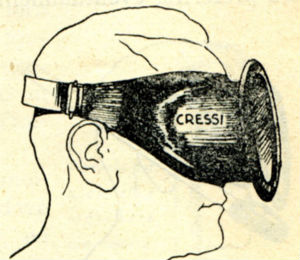 Humans are innately curious and natural explorers. That exploration isn't limited to land - for tens of thousands of years, oceans and other large bodies of water have held great fascination to adventurers and scientists alike. One way inventive humans have utilized the ocean's resources and probed its mysteries is by snorkeling, though it wouldn't be referred to by that name until the early 20th century. Today it is a mostly recreational activity. In places such as Freeport Bahamas snorkeling is primarily done to view the beauty of the underwater world. However, ancient man used snorkeling in arenas as varied as farming and war.

There is evidence of snorkeling using hollow reeds as far back as 3000 BC. Sponge farmers in Crete would use these reeds to extend their time in the water and enable them to more easily collect sea sponges. A couple thousand years later, at around 900 BC, there is further evidence via ancient paintings of Assyrian divers using waterproof animal skins filled with air to allow them to dive deeper and longer than they would otherwise be capable of.

It wasn't just farmers who used primitive snorkeling methods to their benefit. In around 500 BC swimmers for the Greek army would use hollow reeds to sneak over and cut free Persian ships, giving their side a crucial advantage and hampering the Persian navy. Scientists and philosophers also got in on the game. Aristotle spoke of divers using tubes to breath air, describing it in his "Parts of the Animals," and comparing the equipment to an elephant's trunk. He heard accounts of both elephants and divers from Alexander the Great, who was his former student, and who later went on to encourage the invention of the diving bell. The diving bell was a great innovation in its own right, allowing a pocket of air to be held underwater for divers to breath from.

Of course, the original straight reeds used in diving required that divers look upwards while in the water. The first mention of a curved snorkel, allowing a more comfortable forward facing pose, was in 320 AD in China, where hollow animal horns were used for snorkeling. Leonardo di Vinci also designed several primitive scuba and snorkeling innovations that incorporated both the curve and resisted water pressure.

In 1912 Louis de Corlieu invented modern fins, which he later patented in 1933. At around that same time waterproof goggles were being developed. These two inventions helped modernize diving and make it comfortable and attainable for the average person. Today sports such as underwater hockey or underwater rugby use modern snorkeling equipment, including rubber masks and suits, in order to be able to stay underwater longer. Spear fishermen also use these modern tools.

However, snorkeling now is primarily a popular leisure activity in many of the most beautiful seaside vacation areas. For example, in Freeport Bahamas snorkeling is a widespread tourist activity enjoyed by thousands. Divers use the modern equipment to allow them to admire underwater wrecks, reefs, and aquatic life. It is fascinating to think that this interesting and peaceful activity started thousands of years ago as a practical invention for fishermen.